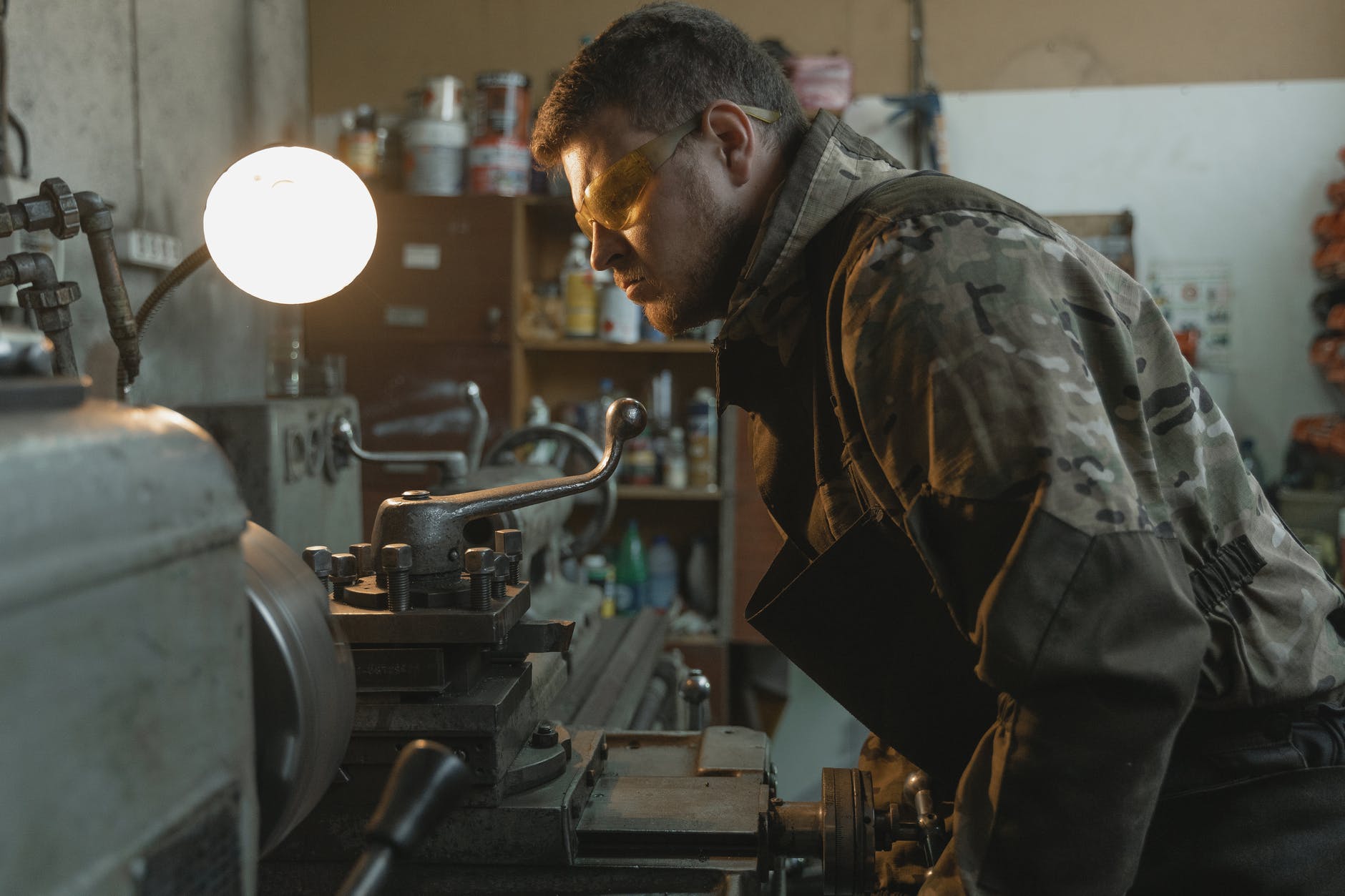 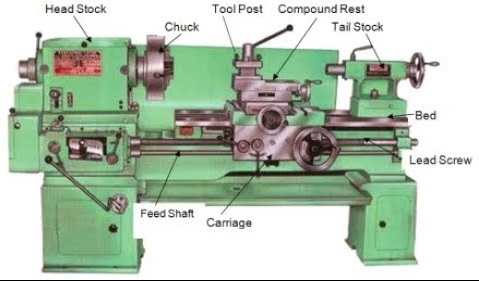 The lathe machine is a power mechanical device in which the work is held and rotated against a suitable cutting from a cutting tool for producing the cylindrical form in the metal, wood, or any other machineable material.
The principle of the lathe machine is that it holds the work between two strong sports called a center or in a cheek or faceplate which revolves. The chuck of the center is mounted on the main spindle of the machine. The cutting tool is rigidly supported in a tool port and it is feed against the rotating job. The job rotates in its axis and the tool is moved either parallel to an inclination with its axis  such as a cylindrical or tapered surface is produced

The bed is the function of a lathe machine it is spotted onboard box column and is made of cast iron. it consists of two heavy metals slides running lengthwise with ways unit which is mounted on the bed are the headstock, tailstock and the carriage.

Watch this video for Parts of the lathe machine in detail

It spots the main spindle in the bearing and aligns it properly. It also houses a necessary transmission mechanism with speed changing liver to obtain different speeds. The cone Pulley or gear should be used to change the speed of the spindle. Holding device which is mounted on headstock spindle.

It is a movable part located opposite to headstock on the way of the Bed. It is capable of sliding along the bed maintaining its alignment with the headstock. On the medium size and small lathe it is moved along the bed manually, where are heavier lathes it is moved by hand wheel through a pinion that meshes with a rack provided in front of a lathe bed. It is used for four  purpose

1. To support  free end during machining

2. To hold a tool for performing an operation like drilling reaming tapering

3. To Centre the job and the tool before any lathe operations

4. To help  in the operation of taper turning by tailstock set over method

It is located between headstock and tailstock. It can slide along the bed guideway and can be locked at any position by tightening the carriage lock screw. It consists of flowing main parts

It is fastened to the saddle. it consists of gear and clutches for transmitting motion from feed rod and handwheel to the careers. Also, the split nut engaged with the lead screw during threading. The clutches mechanism is used to transmit motion from the feed rod wheres the split nut along with the lead screw moves the carriage during thread cutting.

It is made up of H-shaped casting. It aids the saddle to slide on the bed guideway by operating a handwheel.

It sports the tool post and cutting tools in various positions. It may be swiveled on the cross slide to any angle in the horizontal plane.

It provides a female dovetail on one side and assembled on top of the saddle having a male dovetail.

It is used to hold various tool holders and tools. Types of tool post commonly used 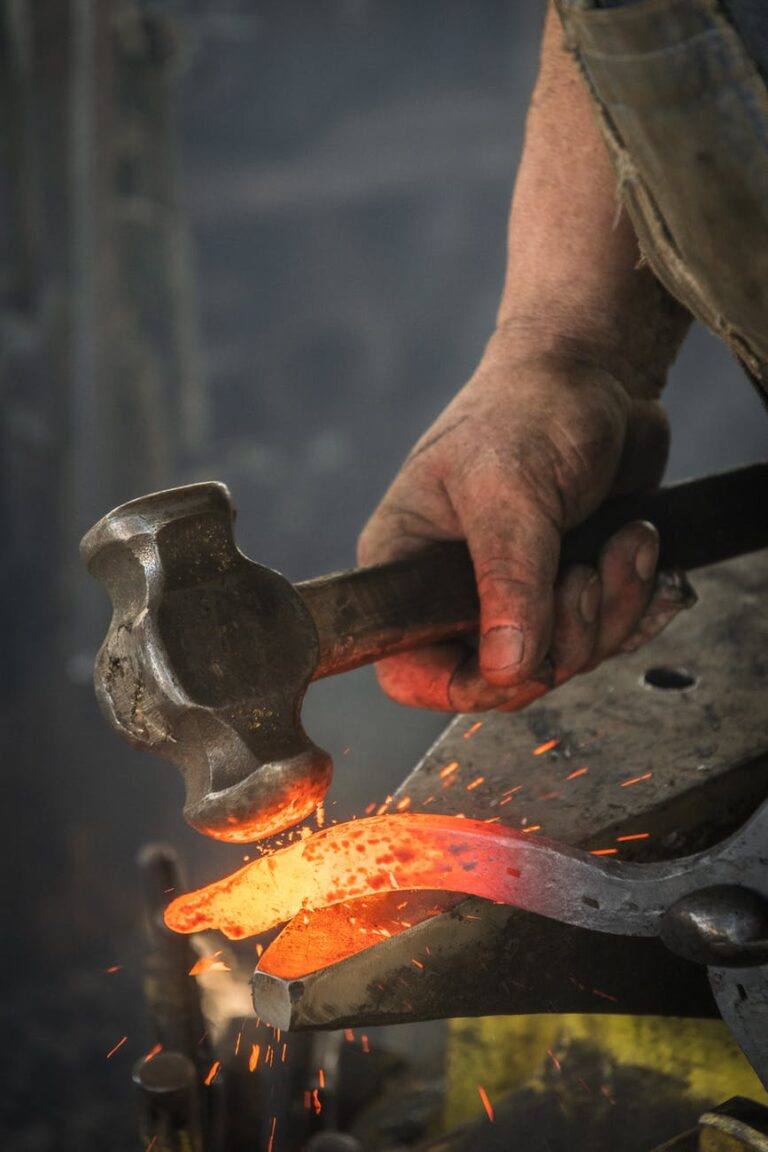